Provide the most diverse shopping cart with the best price in the market, carefully select apartments to suit each customer's needs, consulting and leading guests to see the house 24/7 completely free

Empire City is a project that combines many items such as; a high - classic commercial area, an international standard five-star hotel area, offices, and luxury apartments on Mai Chi Tho Street, it will bring many great benefits for you.

After completion, Empire City will be the tallest building project with 88 floors and the investors are a Joint Venture between Keppel Land (Singapore) - Tran Thai - Tien Phuoc (Vietnam), and Gaw Capital was built on the land with a total area of 14.5ha with nearly 4000 apartments. 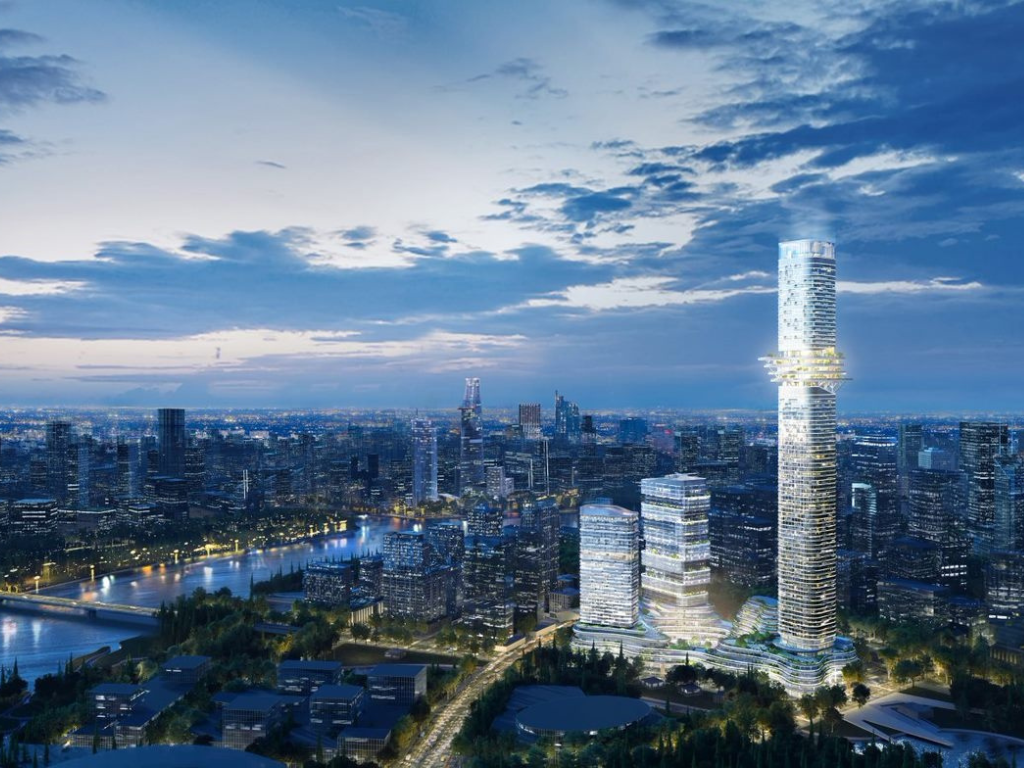 System of perfection with five-star utilities and services.

Utilities are one of 5 essential elements to consider carefully before choosing a long-term place to live and invest. 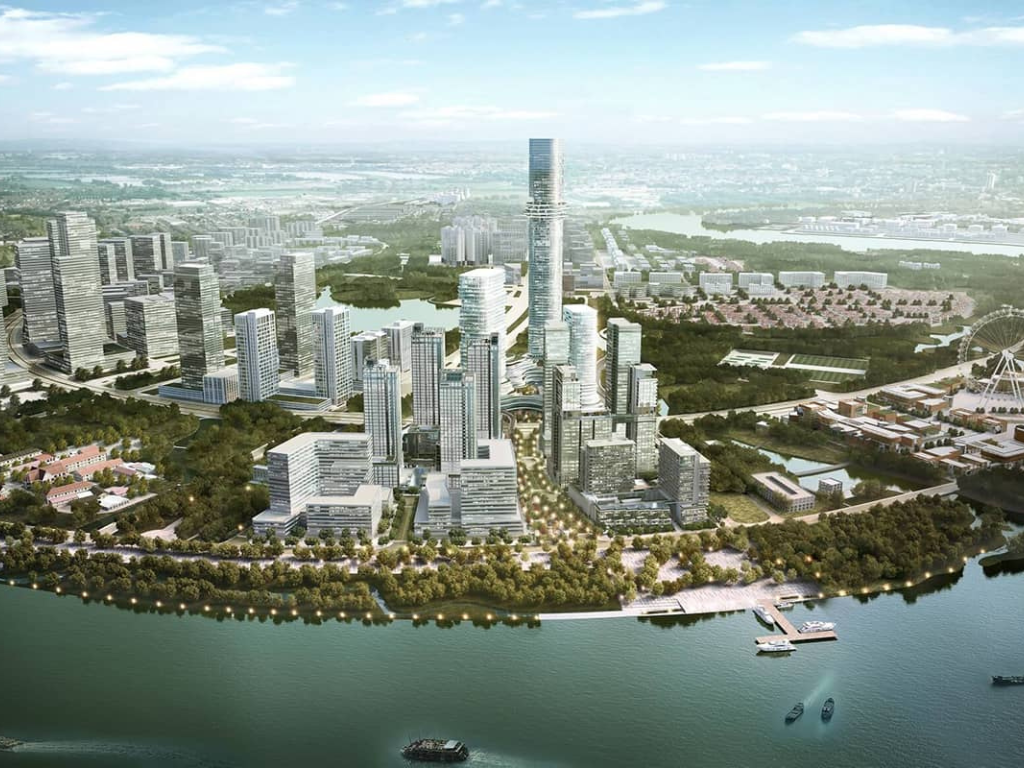 The observation of Empire City

Designed by the unit to integrate nature and a strongly developed city, it has become a great building with 3 buildings 333m high. Empire 88 will include housing, apartments, a hotel, and a public observatory. 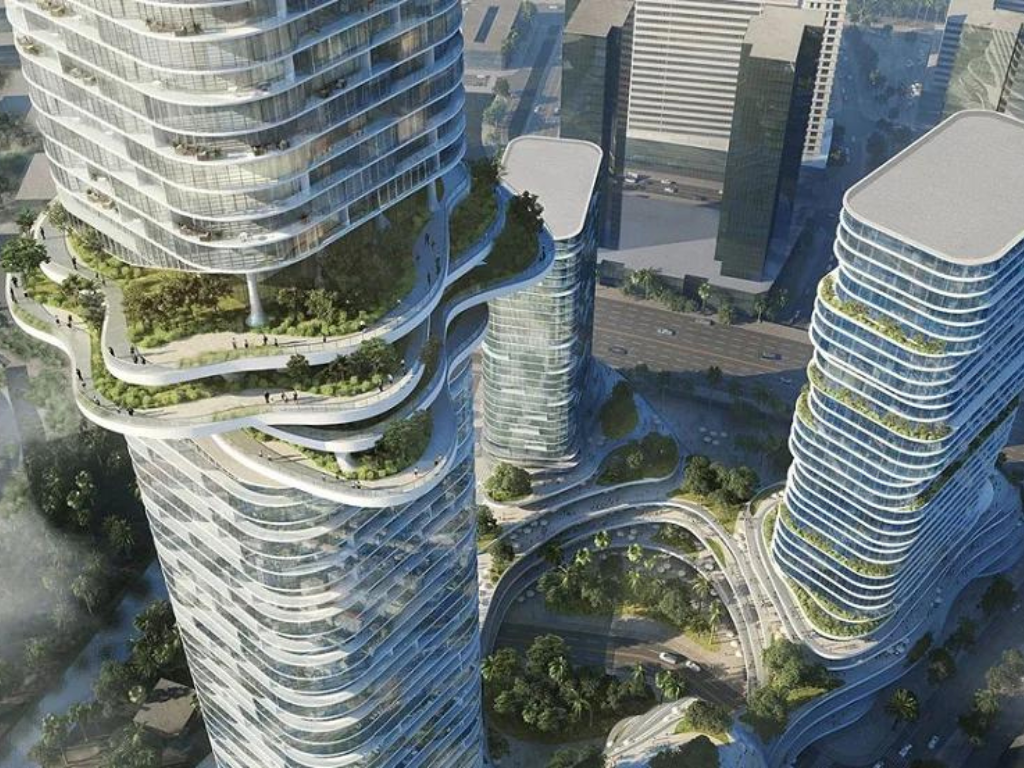 The podium with many plants

In addition, 2 buildings will be the offices, apartments, and community living area connected to commercial service and entertainment areas.

“Nature is so wonderful. Attitude to nature is a measure of the sustainability of the building” - Ole Scheeren said, so nature is the most important thing for designers for this project.

The system of great utilities at Empire City, can not ignore two Olympic standard overflow swimming pools with massage jacuzzi, jacuzzi, and a swimming area for kids 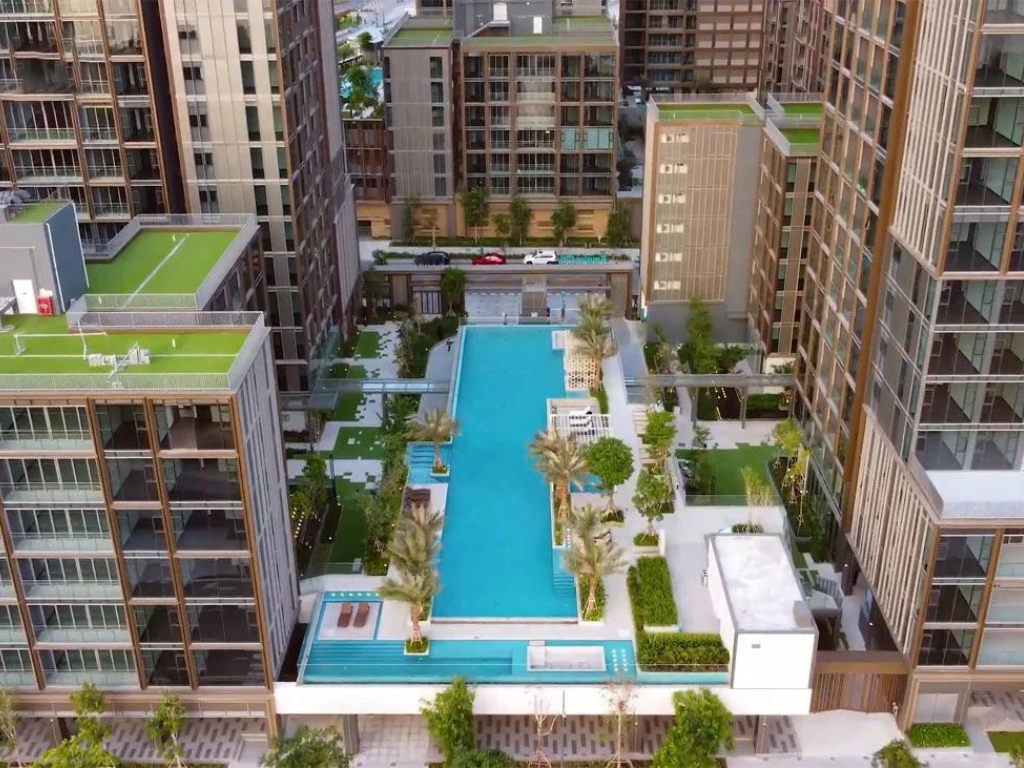 In addition, there are relaxing lounge areas, and saunas with full services to create the most relaxing place without going anywhere.

The Central Square and riverside park

Once again, the most important thing about Empire City is the plants and natural areas. The places with the most plants are the central square and riverside park with more than 60 % of trees to help people regulate the air and enjoy a relaxing break. 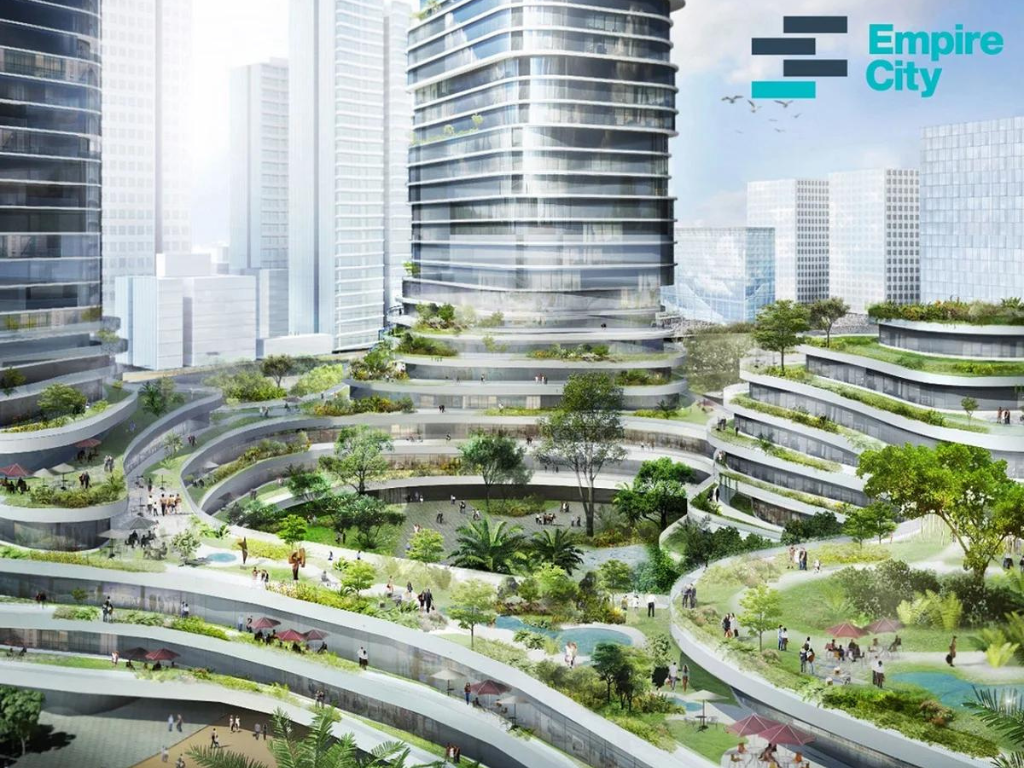 The central of Empire City

The central square is considered a district 1 mini version because it has full services without having to spend time traveling or thinking about where to go, what to do and what to eat. 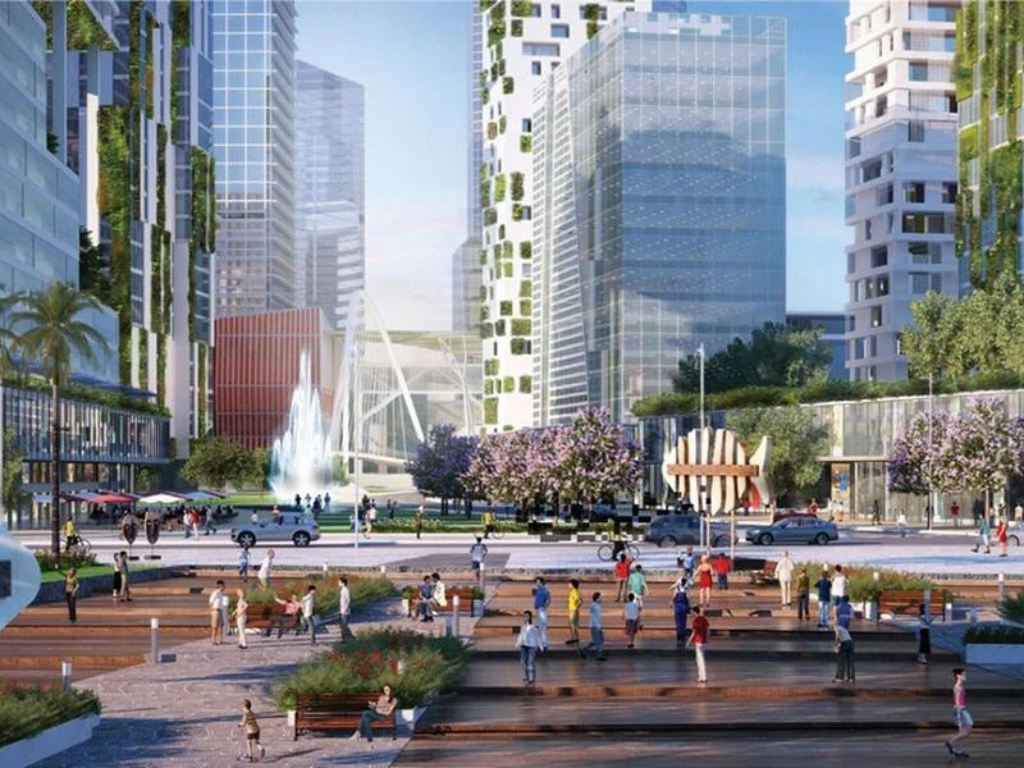 The central square of the Empire

Every building has an indoor and outdoor sports place for people to improve their health such as a gym, tennis court, jogging track,... and of course, with the luxury project, every tool has the best quality.

Indoor and outdoor kids' play areas are definitely here. For children, the play area will be designed with entertaining and dynamic games for them to enjoy after a long studying day.

The BBQ area to reunite with the family and friends. With a covered outdoor space, you can comfortably enjoy parties.

In addition, the project has many utilities such as schools, hospitals, malls, and neighboring administrative units such as TAS, AIS international schools, Vincom Mega Mall, Vinmec, Cantavil…

Until now, Empire is said to be the most classy urban area in HCMC with the tallest observation tower in Vietnam with 88 floors 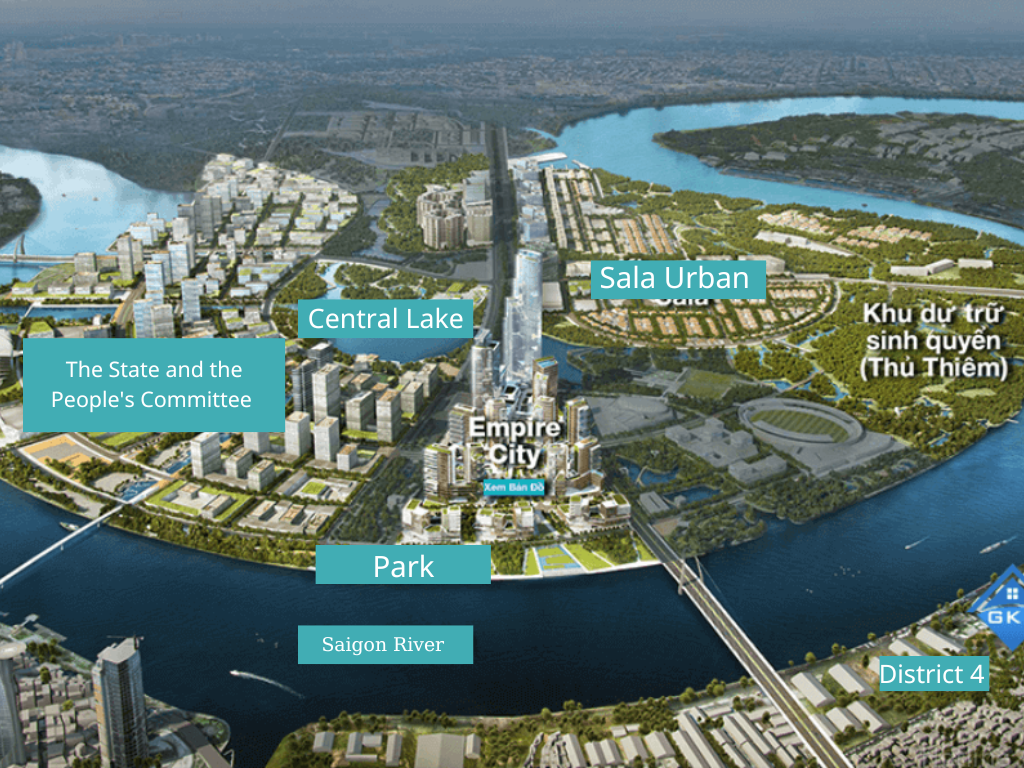 Empire City has a view of district 1 and this place is also a strongly grown area with a complex of large high-class commercial centers, five-star hotels, offices, etc…

The special thing is Thu Thiem 2 Urban, which is oriented by the State and the People's Committee of HCMC as the newest center of the city

Quick connection with District 1 and many districts, and provinces.

According to the project information provided, Empire City started construction in 2016. until now, after 6 years, the project is gradually being completed and has been opened for sale

Linden Residences (MU4) has been open for sale since 2016 and is still in the process of handing over apartments to customers.

Tilia Residences (MU7) has been open for sale since 2017 and is in the process of completing construction and completing furniture.

Cove Residences (MU11) has been open for sale since 2018 and has just been topped off by the contractor on 14/01/2021. After 1 year, Cove is in the final stage of construction and on schedule. And has been successfully opened for sale. 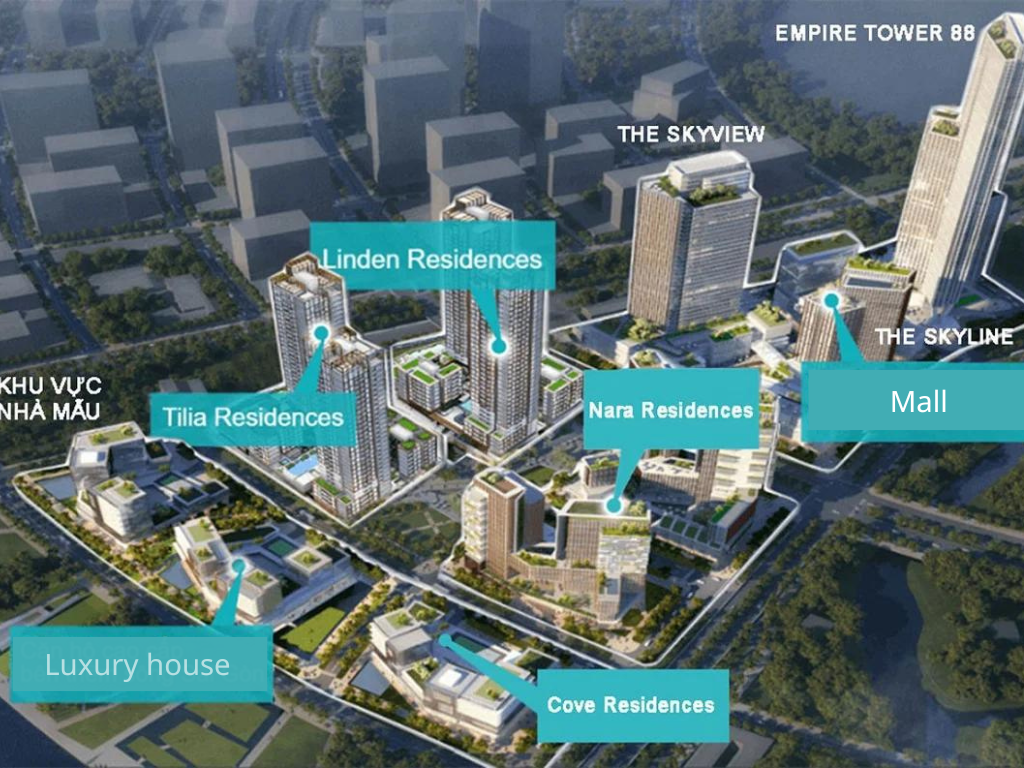 For the Empire project, there are many types of apartments with different areas including: 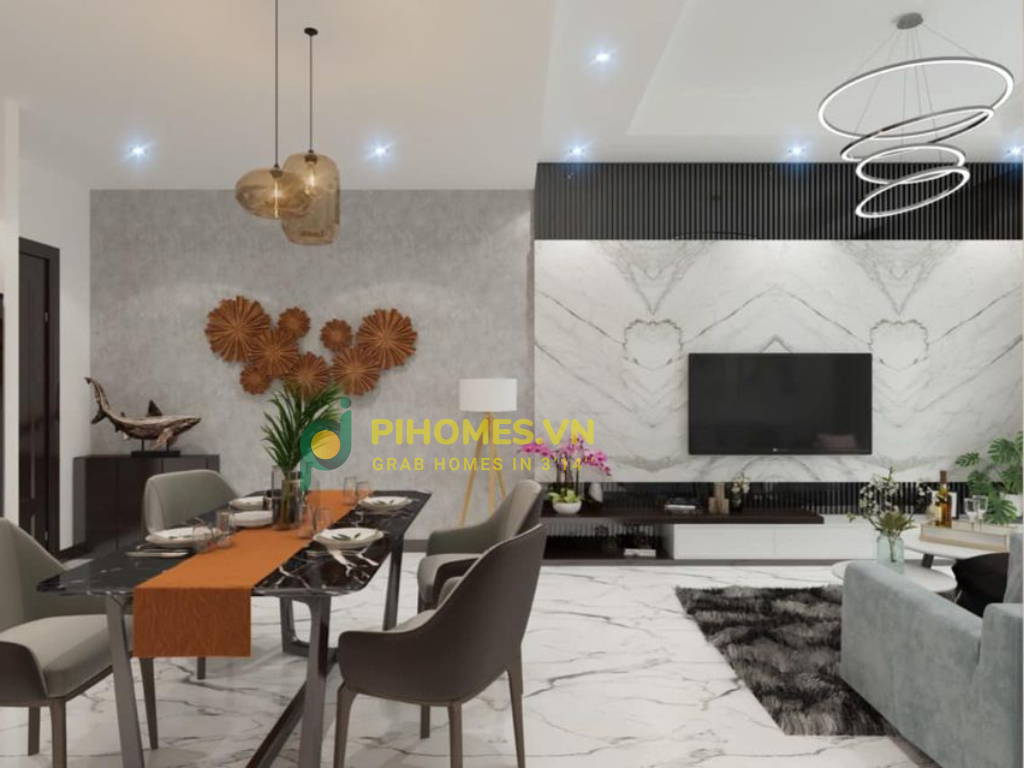 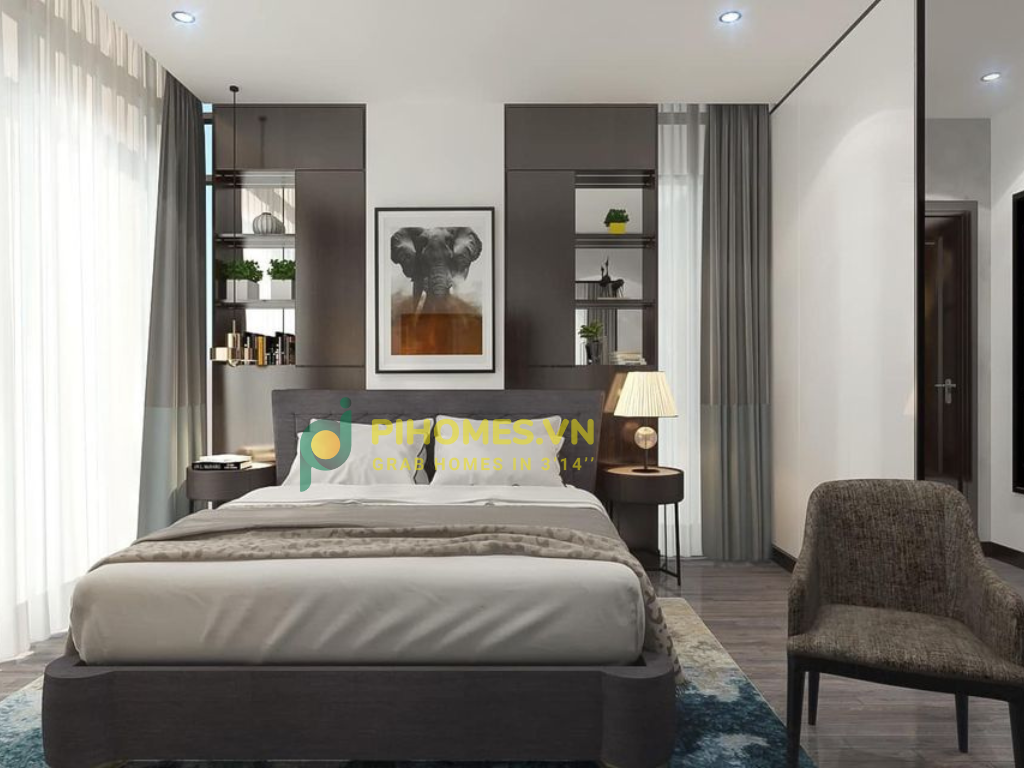 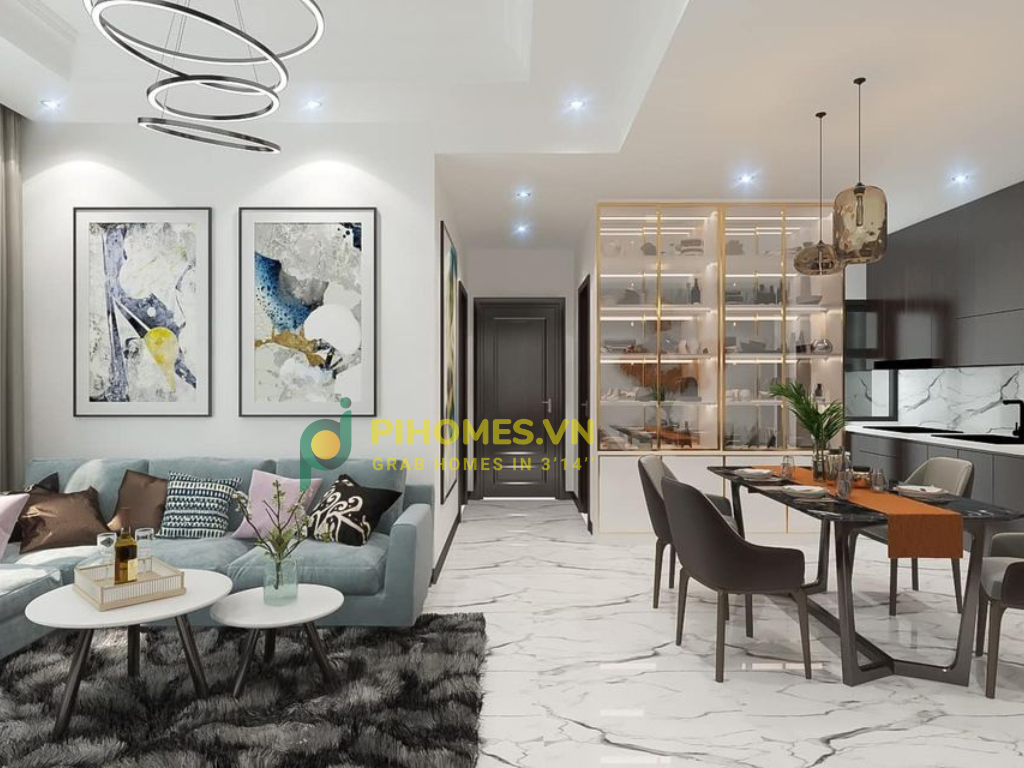 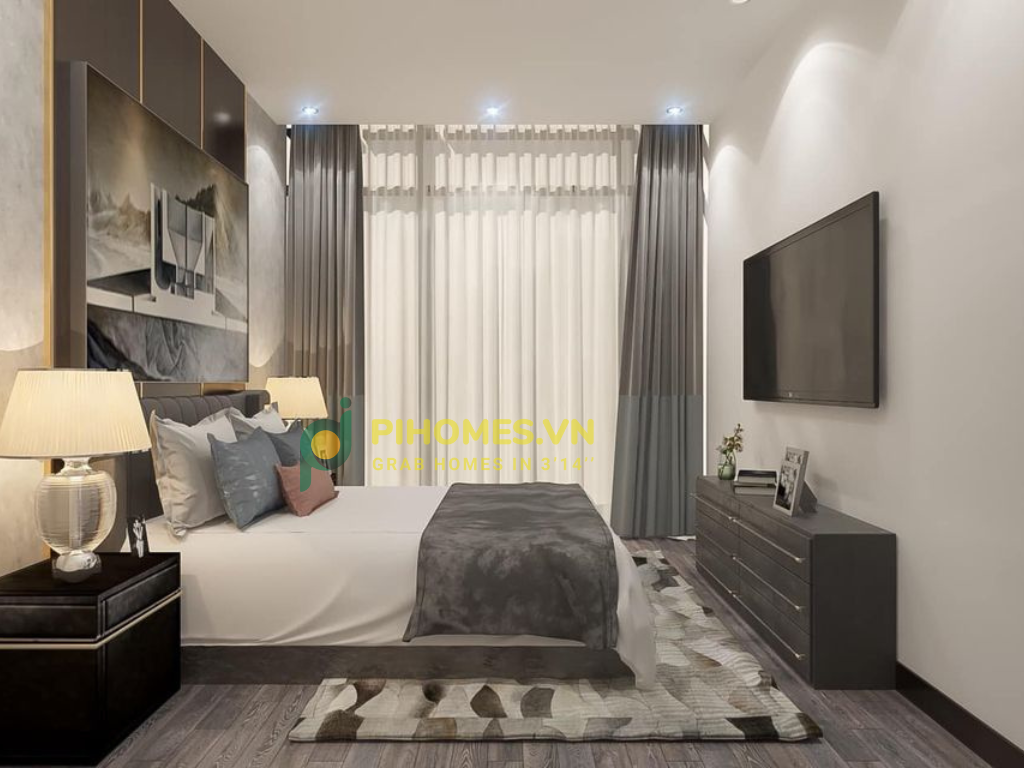 The bedroom was designed 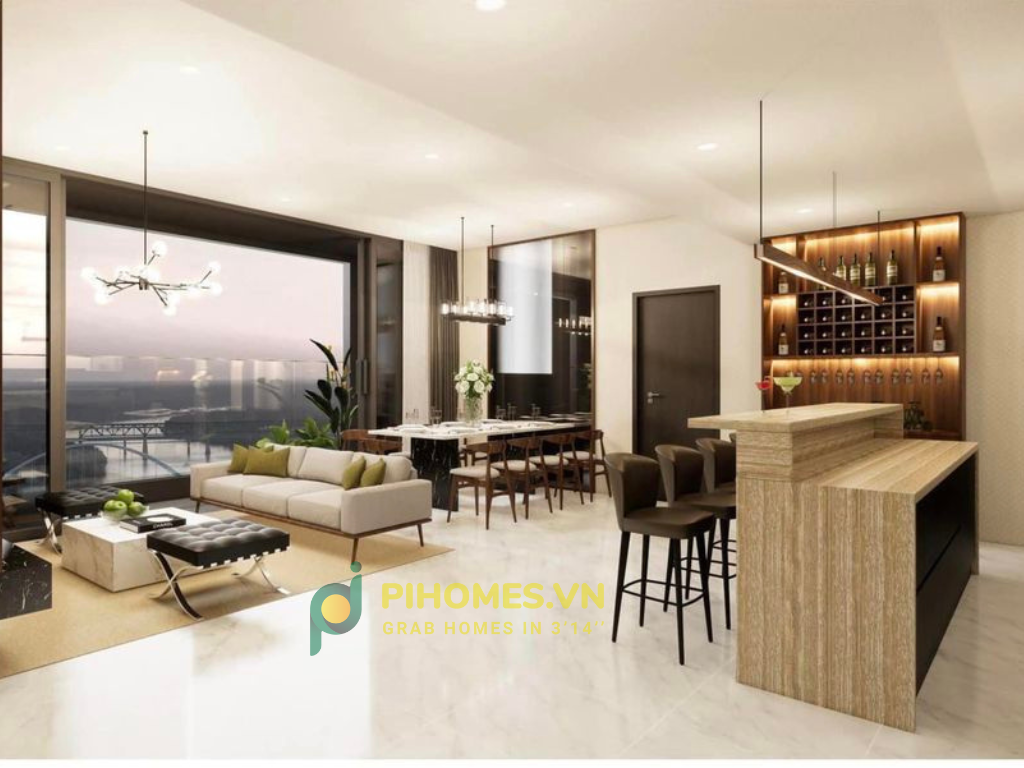 The living room with modern style 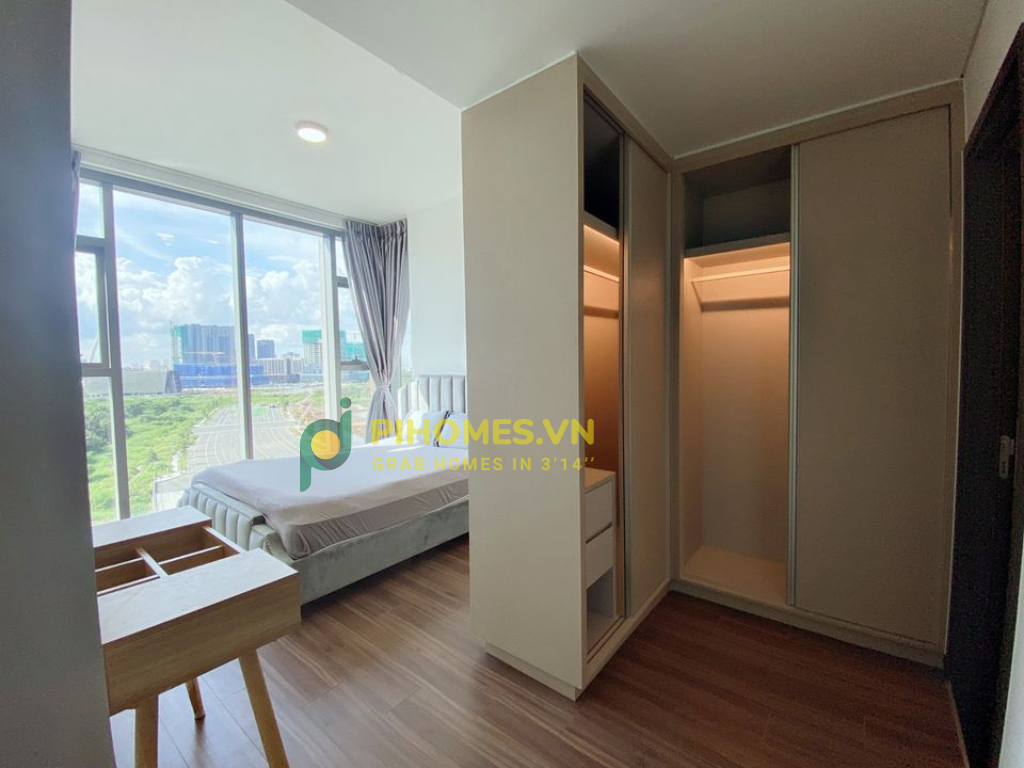 The bedroom with big windows 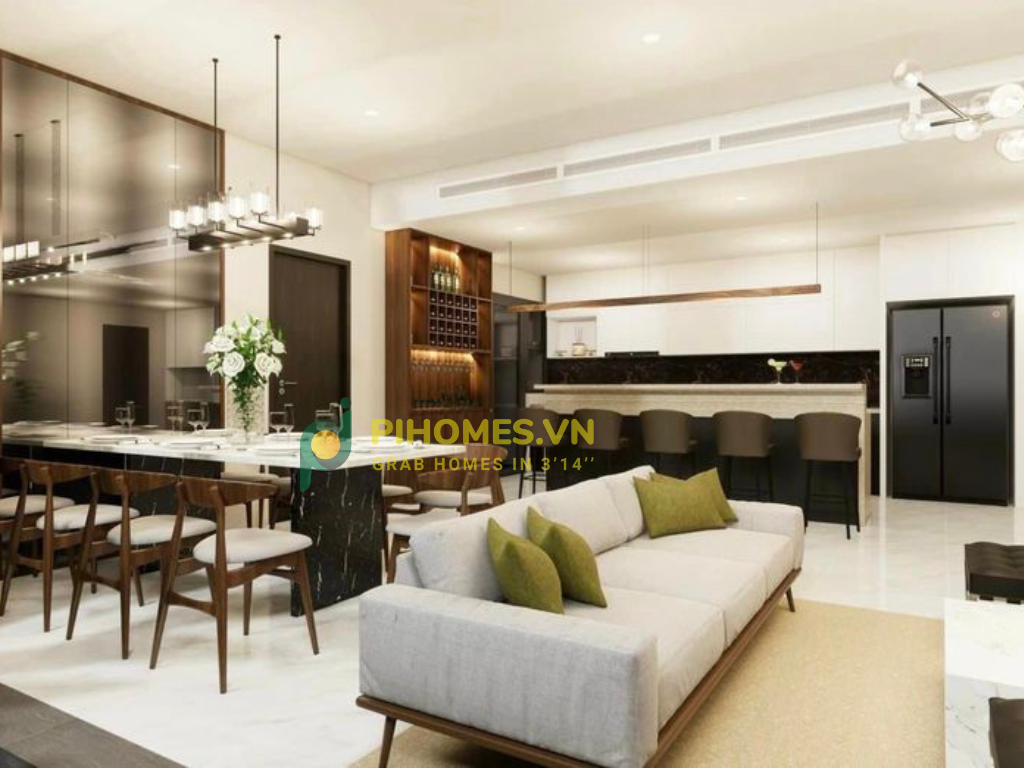 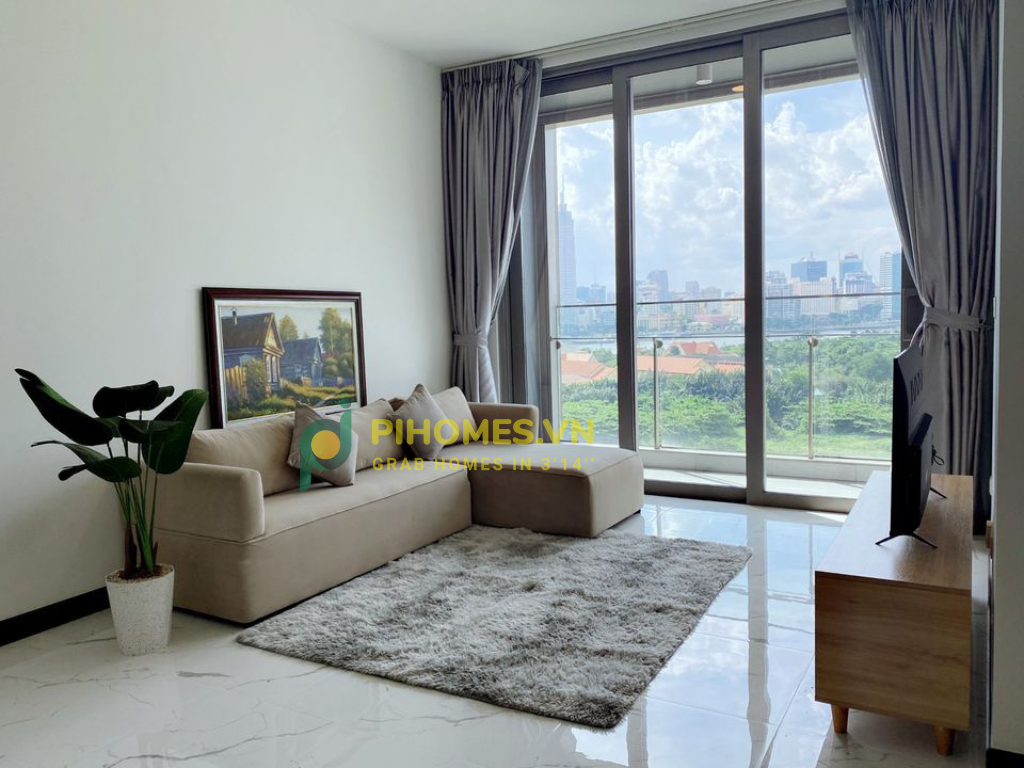 A basic style for apartment 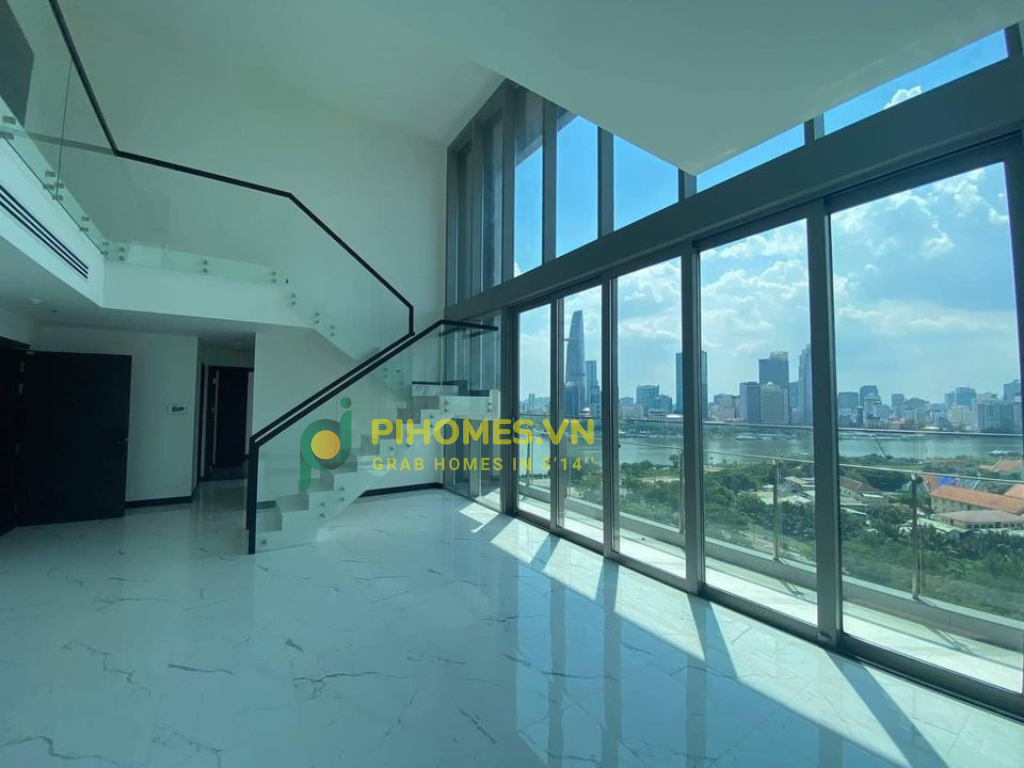 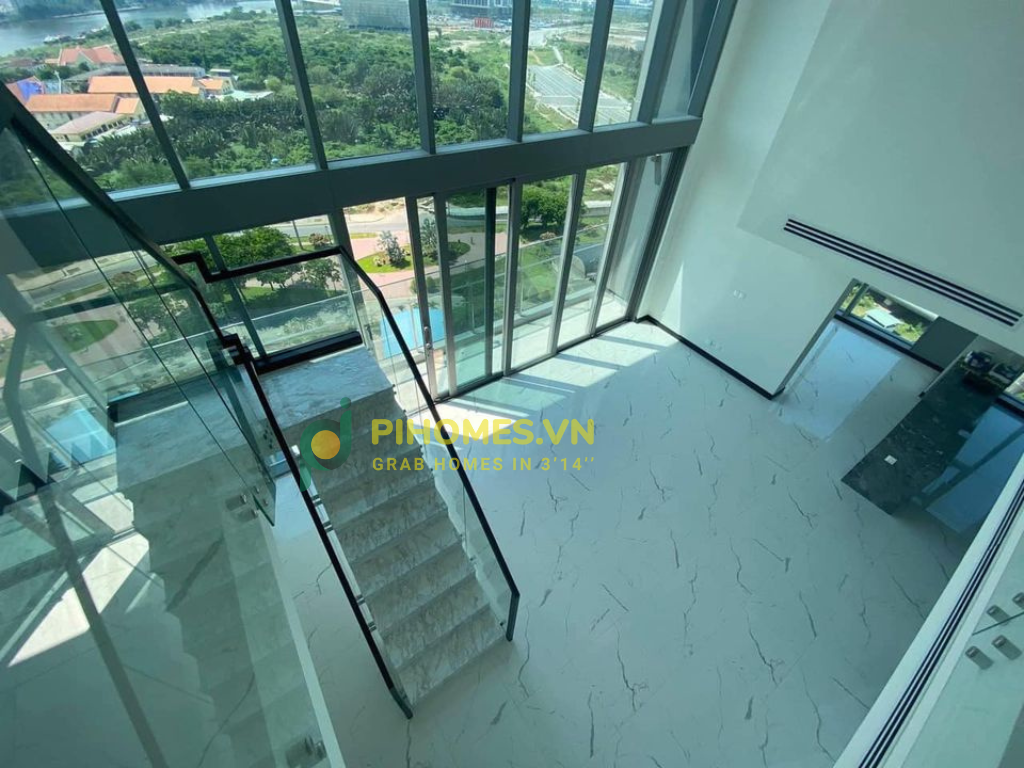 Another space in the apartment 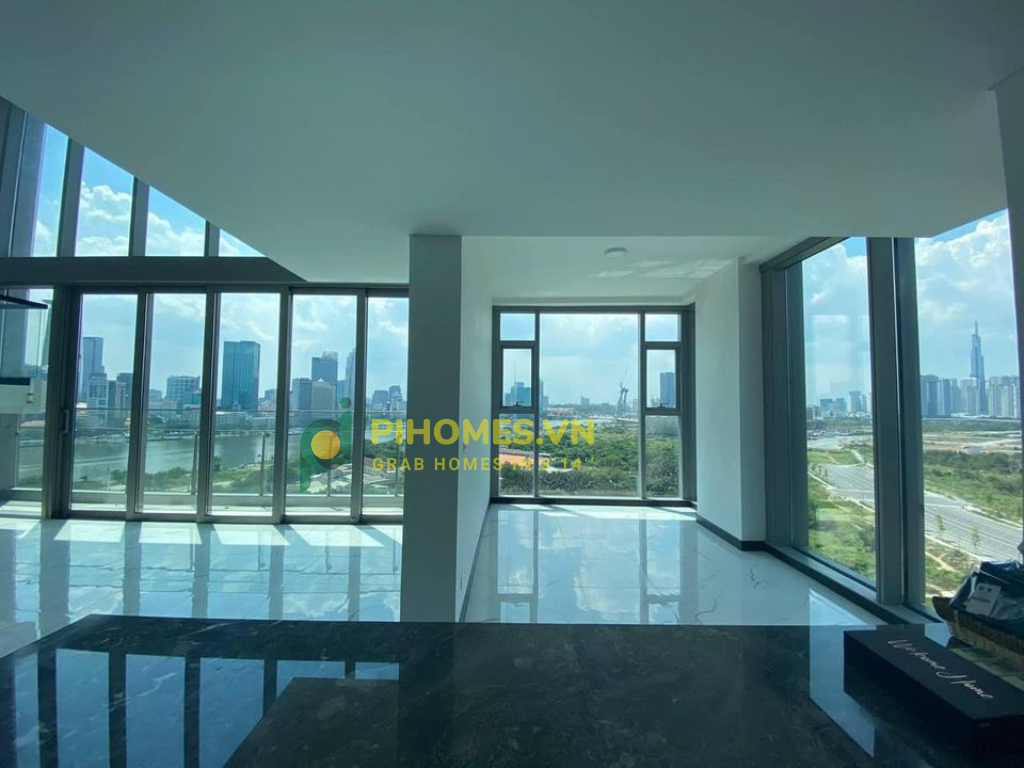 The large space is so easy to decor

Note: The price can change depending on the floor and the view

Factors that affect the selling price

Location at the center of  Thu Thiem Urban

Empire City is currently located in Thu Thiem Urban Area - which is being evaluated as a place that is and will strongly develop, especially in real estate. Moreover, the location of the Empire has 2 fronts of the Saigon River, convenient to Districts 1,4, 7, and Binh Thanh.

Empire is located next to high-class projects such as The Metropole Thu Thiem, Sala urban area, and Eco Smart City, .. contributing to increasing the value of the urban area.

The biggest advantage of the project is the value of the transportation network system linked to the districts, the potential for the price increase is expected to be high in the future. In the past 3 years, many projects increased up to 50% of the value of apartments in a short time

At the project, the investor has put in many 5-star standard utility items such as sports area, community living area, and entertainment park, ... especially the utilities here always focus on quality, quantity, and green space.

This is a super project which is a joint venture between Keppel Land, Tien Phuoc, Tran Thai, and Gaw Capital Partner. These are the leading companies in Vietnam right now

At the moment, Empire City has 2 main customer groups:

Buy an apartment in the form of a bank loan

These customers usually have savings and want to invest in the project, so they borrow more at the bank.

After they buy the apartment, they will rent it out every month and only need to add a small amount of money each month to pay the bank interest.

After 7-8 years they were able to own an apartment and the value of the apartment has increased much more than when it was owned.

Buy an apartment with idle money

This group of customers will usually have an amount of money that they do not need to invest or do anything, so they choose to buy an apartment to rent out.

And every month, their apartment will make a large profit in the form of rental.

Visit the Website https://pihomes.vn to update the cart the fastest

Why should you work with Pihomes.vn ?

Is it possible to see the house live? how to contact us?

Customers who want to receive advice, answer questions as well as view the house, contact us via: Hotline: 0707.247.369

Is Empire City for foreigners to buy?

According to the investor's regulations, currently, Empire City will have long-term ownership for Vietnamese and 50 years for foreigners.

For the Empire City project, there are many types of apartments in different areas including: